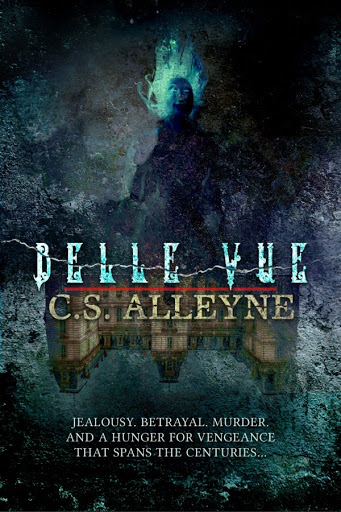 Jealousy, betrayal, murder and a hunger for vengeance that spans the centuries…

But as Alex begins to discover the dark truth about the asylum’s past, he, Claire, and their friend Marianne find themselves on a nightmarish journey. Each will face the deadly consequences of the evil that began with the construction of the first Belle Vue Manor by an aristocratic French émigré in 1789, as well as the cruelty and satanic practices that continued when it became an asylum for the insane.

As the two strands—past and present—unfold, Alex uncovers a supernatural mystery where revenge is paramount and innocence irrelevant—without being aware of the price he, and those around him, will pay. 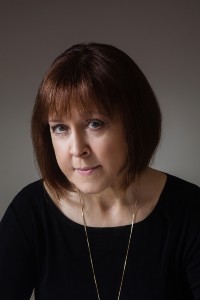 C S Alleyne grew up in Australia and originally trained as a hotel manager in the UK. After several postings in the Caribbean she changed tack and completed her MBA followed several years later by a PhD in Information Systems. She is a management consultant and also lectures in several universities.
With a lifelong love of reading, anything historical and a fascination with the supernatural and death, her vacations usually include visits to such places as the Pere La Chaise cemetery and the catacombs in Paris, the tombs in Egypt, the Popes’ crypts in the Vatican and any church yard with gravestones – you get the picture…
Cheryl was inspired to write Belle Vue by her daily journey past a block of luxury apartments that had been converted from an old asylum. Like her protagonist, Alex Palmer, she started to investigate its past and learnt that one of the inmates was murdered there in the late 19th century. The victim’s sister was hung for the crime. Cheryl was also thrilled to discover the asylum’s overgrown cemetery in her explorations of the area!
Her novelette, POWEЯ, a tale of horror and revenge, was published in December, 2019.

Book feature: ALONG CAME A SPYDER by Apeksha Rao

About the Book: Are your Spidey senses tingling? At 17, Samira Joshi has only one dream in life. She wants to be a spy. And why not? Spying ... 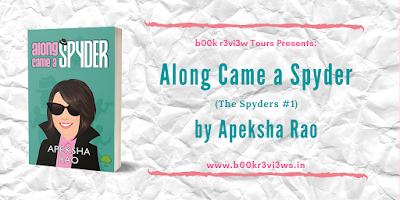