When I was younger (much younger), I wanted to be a school teacher. That’s it. Nothing else. When I left school I got a bursary to pay for my studies, but I couldn’t take it. My mother had to make a choice. She was a single parent. Either my brother or I could study and as it was the norm at the time, the man was considered to be the breadwinner so it was decided that he should study. In the end, neither of us went to university, as I turned down my bursary and got a job at the Department of Education as a clerk. Two weeks later my brother was drafted into the army.
I could’ve argued that it wasn’t fair. I got the bursary, he hadn’t. My mother only had to pay for my books and transport but I knew it wouldn’t help. It was the mindset in South Africa in the early eighties so I just had to abide by it.
I could’ve sulked–okay, I did and some days I still do but then, how would my life had turned out? Would I ever have achieved what I did if I became a teacher as I dreamed? I don’t think so.
In a way I had achieved my goal when I became a lecturer in my early thirties. I gave software- and secretarial training to adults at a private college in Pretoria. I loved it but I was good at it so I got headhunted to work for an international organisation in Cape Town. I gave training and used my organisational skills to organise new offices in various government departments.
I achieved my dream to become a teacher. It took longer and a roundabout way–for those living in South Africa and understand Afrikaans, you will understand the expression “I made ’n Kaapse draai”. Literally it means you take a Cape turn but figuratively speaking it means I took the long road to achieve my dream.
Dreams. Goals. Hope. This is what my newest release, Playing by the Rules,is all about.
Ulrich Fölscher wants to play rugby for the Buffaloes and the Springboks and eventually become the best chef in town. In that order. There is no place for romance in his life. Obeying Coach Brady’s command to stay away from his daughter is easy, until he meets Samantha. She is everything he needs–warm, bubbly–and possibly, the missing ingredient he lacks to spice up his life.
Sammy is a professional athlete and she too knows the rules. But it is hard to resist Ulrich’s quiet strength, focused determination and, most of all, his delectable kisses.
Both know how to fight for what they want. But as their desire for each other intensifies, so does the pressure to make a choice. Can Ulrich and Sammy continue to play by the rules or risk it all for love?
Sammy learned that love is to make sacrifices to give the one you loved the opportunity to fulfil their dreams. But was it enough? What if Ulrich never gets his opportunity? When do you decide that you worked hard but never seem to reach your dream?
I’ve recently watched a movie on Netflix called Brampton’s Ownabout a baseball player who dreamed of being drafted into the bigger league. For 12 years he tried, waiting for the drafts but each year he missed it. When he turned thirty he thought it was time to give up. Then he got the call only to be disappointed again. What did he do? Gave up? No, when the new season starts, he was there, trying again.
The story made me realise that if you want something bad enough, you will carry on, no matter what.
Sometimes you have to break your dream down in small chunks and take it one step at a time. Sometimes it may feel if you take one step forward and three steps back and that’s okay, as long as you take another step forward. And then another. That’s what it is all about. Don’t give up on your dreams. 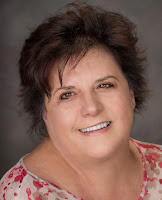 About the Author
Romance author Francine Beaton published her first romance novel—a contemporary sports romance called EYE ON THE BALL—in April 2018 after she wrote her first novel in July 2016. Her latest novel, PLAYING BY THE RULES, will be the fourth in her PLAYING FOR GLORY SERIES and her twelfth novel. Francine calls Pretoria home until the travel bug bites again. She loves travelling to faraway places and considers Scotland her second home. When she’s not reading or writing about love and Happily Ever After, she’s most likely busy painting or taking photos of everything that catches her eye. During rugby season, you’ll either find her next to the pitch or in front of the television, following her favourite teams. It’s probably easy to figure out why her debut novel, Eye on the Ball, and the series,Playing for Glory, has rugby as a theme.

One thing I love about my journey as an artist is experimenting with new materials. Good quality art materials are expensive, so I usually ... 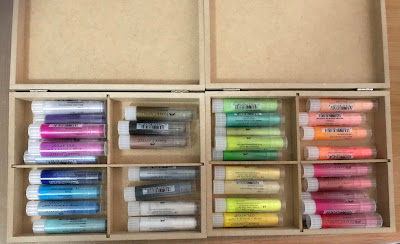